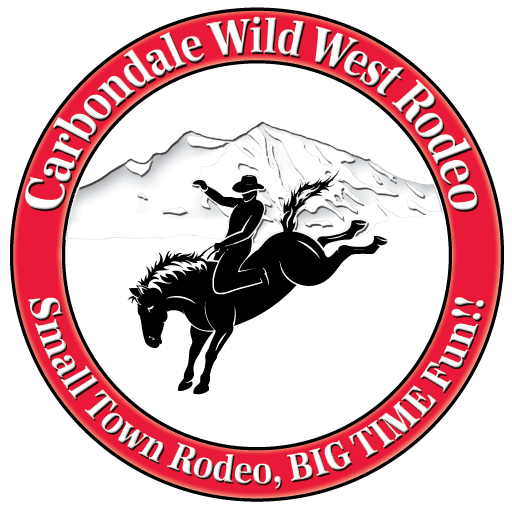 For 12 Weeks in June through August - Rain or Shine 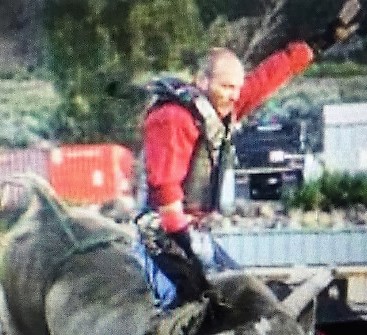 Our friend, Eric Montemayor at Community Banks of Colorado just sent this message — “I just wanted to give you a “Heads Up” on this week’s rodeo. My Friend, Coach and Guinness World Record holder Bull Rider, Greg Casteel, will be riding this Thursday to defend his title as Oldest Active Bull Rider. I’m hoping to draw a crowd to witness this event. See you there!

Below is an article about Greg’s World Record Ride at the Carbondale Wild West Rodeo — August 6, 2015.

For Greg Casteel, climbing onto a bull named Ground Zero turned out to be the easy part.

After successfully riding the bull at the Carbondale Wild West Rodeo on Aug. 6, 2015, Casteel, who turned 54 the day before, applied for inclusion in Guinness World Records as the World’s Oldest Professional Bull Rider.

Seven months later, and after so many e-mails back and forth from Guinness that he lost count and had to hire a computer guy to help with the application process, the Carbondale resident unexpectedly received the notice he’d been waiting for.

The e-mail started “We are thrilled to inform you … and ended with “ … you are now the Guinness world record holder.”

“Don’t let anyone tell you the (Guinness) process isn’t complicated,” Casteel told The Sopris Sun. “This was a long time coming.”

In describing the accomplishment and the category, the Guinness Website states: “The oldest professional bull rider still featuring in competition is Greg Casteel (USA, b. 5 August 1961) who was 54 years 1 day old when he took part in the Carbondale Wild West Rodeo in Carbondale, Colorado USA on 6 August 2015.”

Casteel didn’t know it at the time of the ride because he had not yet contacted the Guinness folks, but he also had to place in the money to be recognized as the World’s Oldest Professional Bull Rider. He scored a 78 that day on his Ground Zero ride. “You have to win (money). It has to be a professional rodeo and a professional bull.” For the record, the bull was owned by Jerry Barusisls, a stock contractor out of Fruita, Colorado.

Casteel is a barber who owns a shop in Aspen, which he bought in 2014 after moving to the Roaring Fork Valley in 2003. He looks the part of a bull rider. On the day he talked to The Sopris Sun he wore a black T-shirt that was stretched tight, a wide brimmed black cowboy hat, jeans and boots. At about six-feet and maybe 200 pounds, take the hat off of Casteel and put on a football helmet, and he might fit in at a Denver Broncos practice.

Casteel grew up in McGhee, Arkansas, a Mississippi River town of about 5,000 in the southeast corner of the state. As he told The Sopris Sun last year, at the age of 13 he was inspired by a bull rider named Chuck Blevins to give the sport a try. “He was in a T-shirt and had these huge arms … I asked him how he got them and he said ‘Riding bulls.’”

Casteel got his dad, Arlen, to take him to a rodeo in Hamberg, Arkansas, to try out bull riding. His dad wasn’t involved in rodeo and told Casteel, “We’re going to get this over real fast.” Casteel got thrown and a bit scuffed up in the process. His dad asked, “Do you want another one?” It turned out he did, and started riding bulls in the Little Britches program the following spring.

When he wasn’t on the rodeo circuit, Casteel returned to his hometown in Arkansas to cut hair to earn extra money.

Bull riding is a dangerous sport and riders are often asked about the injuries they have suffered through the years. When asked about his injuries, he calmly clicks off “ … a broken leg … arms … shoulder … wrist … 13 concussions.” Most bull riders’ careers don’t last past their 30s. Not only do they leave the ring with lots of injury stories to tell, most of them leave without their spleen after getting stepped on by the 2,000-pound bulls. “I’m fortunate. I still have my spleen.”

Part of Casteel’s survival has come because he took the advice of legendary bull rider Freckles Brown, who rode into his late 40s and said “Never ride when you’re hurt.”

Casteel also attributes his longevity to a daily work out regime he came up with himself, which includes 50 incline situps and 50 incline pushups a day, and lifting dead weights at the John Roberts Gym in Aspen.

His wife, Jodee, also supports his decision to continue riding. “She tells people ‘He did this a long time before I came along.’”

For a guy who is now a world record holder, Casteel is modest about his accomplishments. “To me, it’s no big deal.” But in pushing his efforts “to the limit,” that’s why he decided to go for the Guinness record last year. “There was nothing to lose so I figured ‘why not?’”

Being recognized as the world’s oldest professional bull rider might lead to one last, and maybe better, step for Casteel. He might be in a position to cash in. Casteel has come up with a list of 13 possible businesses that might hire him for sponsorships or endorsements. He won’t reveal any of them when asked, but leaned back in his chair and said “They are old men companies.” 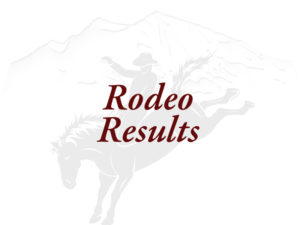 Welcome to the Rodeo

The Carbondale Rodeo Committee is a not for-profit, volunteer organization committed to keeping the Roaring Fork Valley’s western heritage alive by offering a fun family-oriented event for residents and visitors alike. The Carbondale Wild West Rodeo is held every Thursday from June until late August, rain or shine.

The 2022 rodeo season will begin on Thursday, June 2nd and continue through Thursday, August 18th. Come down to the rodeo every Thursday evening for 12 weeks with slack at 6:00 p.m. and the main performance at 7:30 p.m.

The Carbondale Rodeo Committee is a not for-profit, volunteer organization committed to keeping the Roaring Fork Valley’s western heritage alive by offering a fun family-oriented event for residents and visitors alike.
Facebook Twitter

WHERE TO GO
TO SEE THE RODEO